The 3rd Transnational Meeting on Zoom 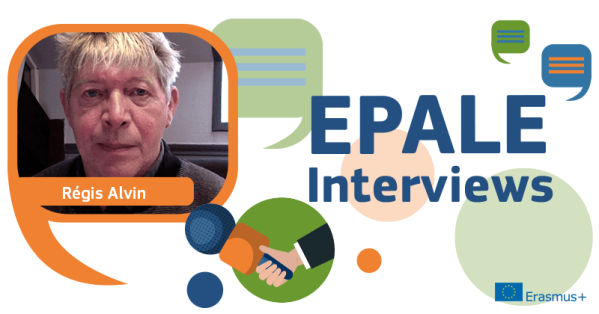 In an interview for EPALE, Régis tells us how his new project addresses digital exclusion of learners with intellectual disabilities, and the lessons learnt from the COVID-19 crisis.

The STELLA E-Handbook is available!

20 years of amazing work across Europe and beyond

A flashback to the beginning and 20 years of movement 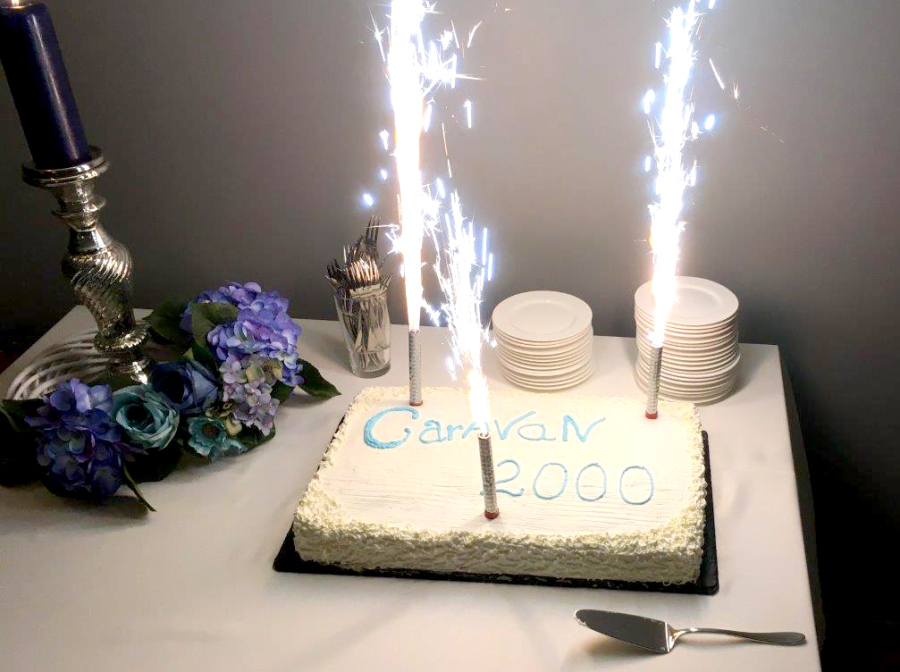 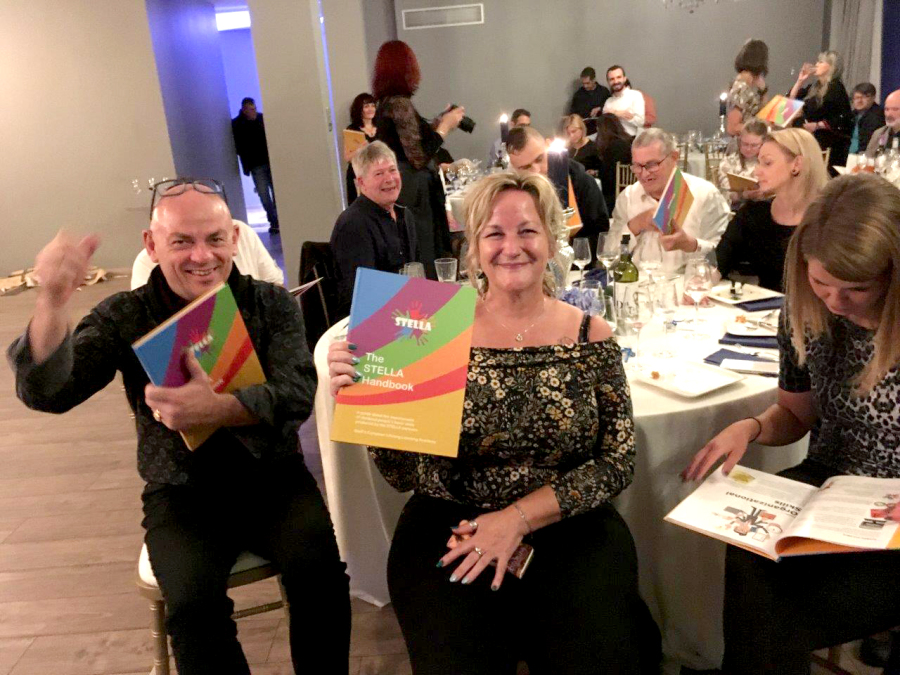 One major highlight during the Final Transnational Meeting of the STELLA Project, in Lithuania, was the 20 year anniversary of the Caravan 2000 International Federation. This took place in the company of partners from organizations in 12 different countries and was celebrated by all in spirited manner, befitting to the occasion...go to full text

The STELLA handbook is here! 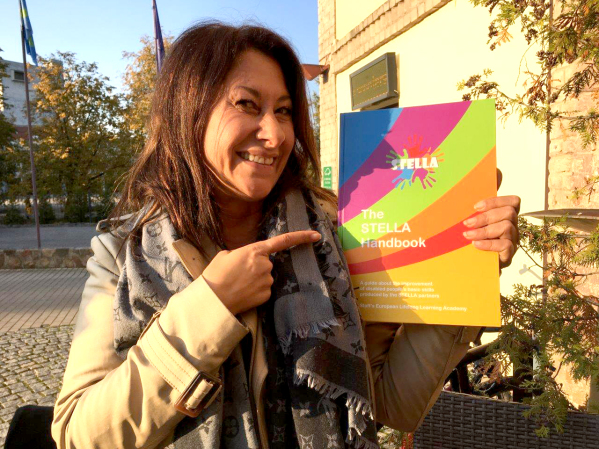 Over the last two years 10 of our partners have been working within the STELLA Project, sponsored by the EU-Programmes Erasmus+, to develop a handbook aimed at improving the basic skills of people with disabilities. The information and methods presented serve as a practical guide for social workers and carers in enabling their clients a more self determined life or even finding employment on the primary labour market...go to full text

The Internationaler Bund is an active partner of #Internationalheart Week of Action for more visibility and recognition for European and International Youth Exchange.

A key factor in the success of the planned week of action is the highest possible level of  engagement and support from participants in the working field of European and International Youth Exchange. To support the cause pass it on and apply now! Be an active part of it!

STELLA included by the national agency for education in Europe

The STELLA project has been included in the current newsletter of the National Agency "Bildung für Europa", Education for Europe.

STELLA in the German press

The STELLA project makes a recurring appearance in a local German paper, this time in the Usinger Anzeige: 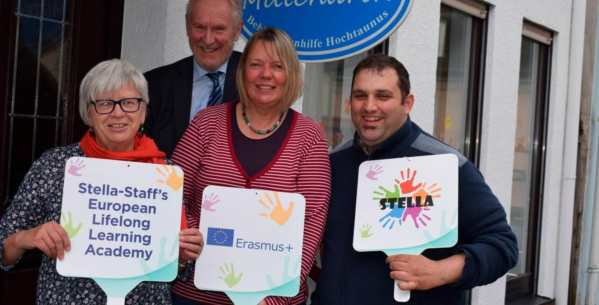 A great event organised by Cerebral Palsy Türkiye, during which the Caravan 2000 members met for the general assembly.

A team from Papillons Blancs in France and Kara Bobowski in Italy participate in the Erasmus Days by organizing public events themselves and in so doing represent the STELLA project. The Organizational Skills teams presented their work, documentary films by and about PWDs, interacted with the local public and offered some communicative group exercises at events they organized themselves during the Erasmus Days 2018. 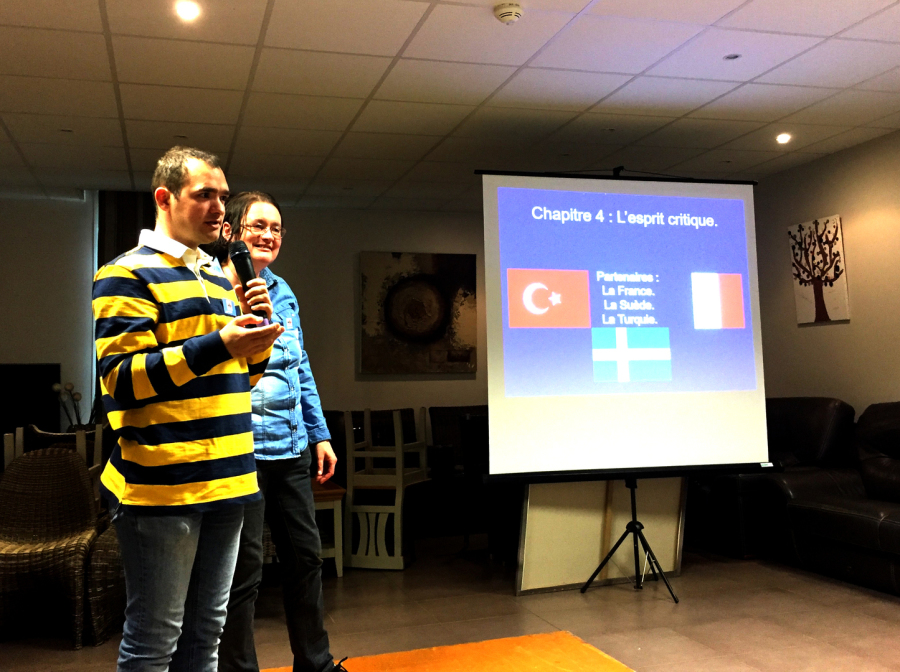 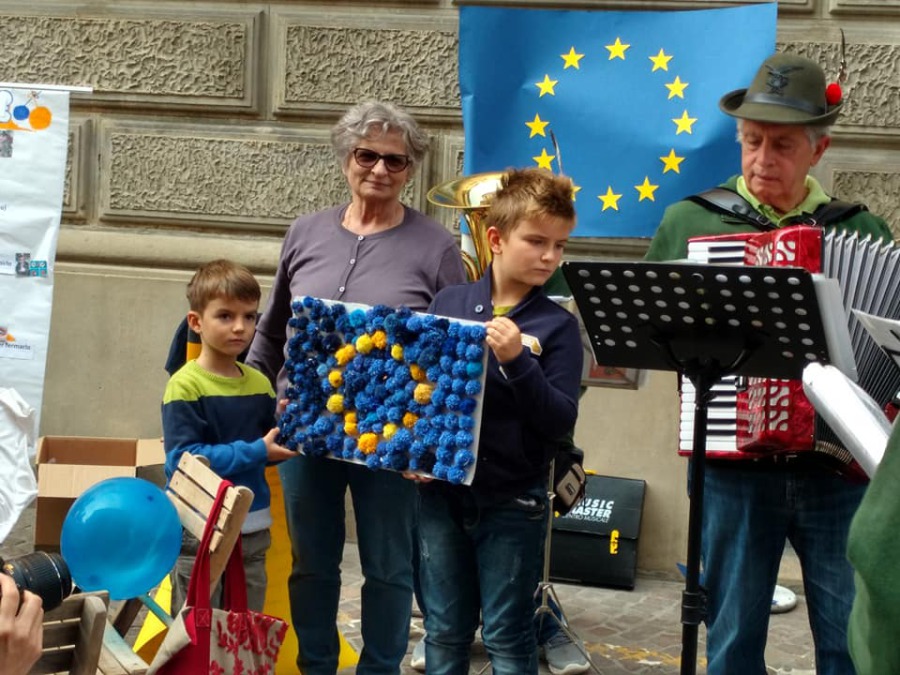 An open call for interested parents, relatives or carers of people with disabilities to participate in and contribute to an internet course on the subject of 'Mental Impairment'. 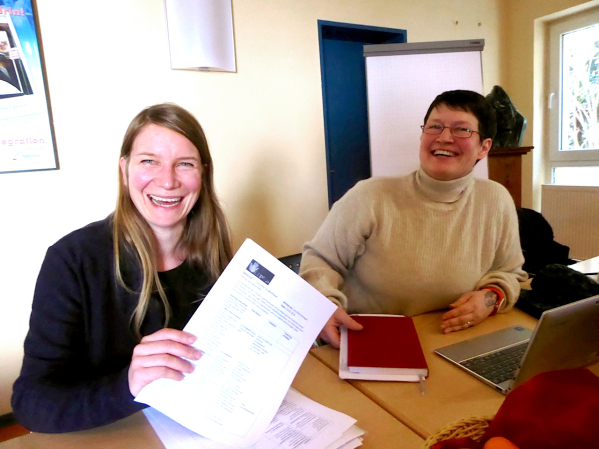 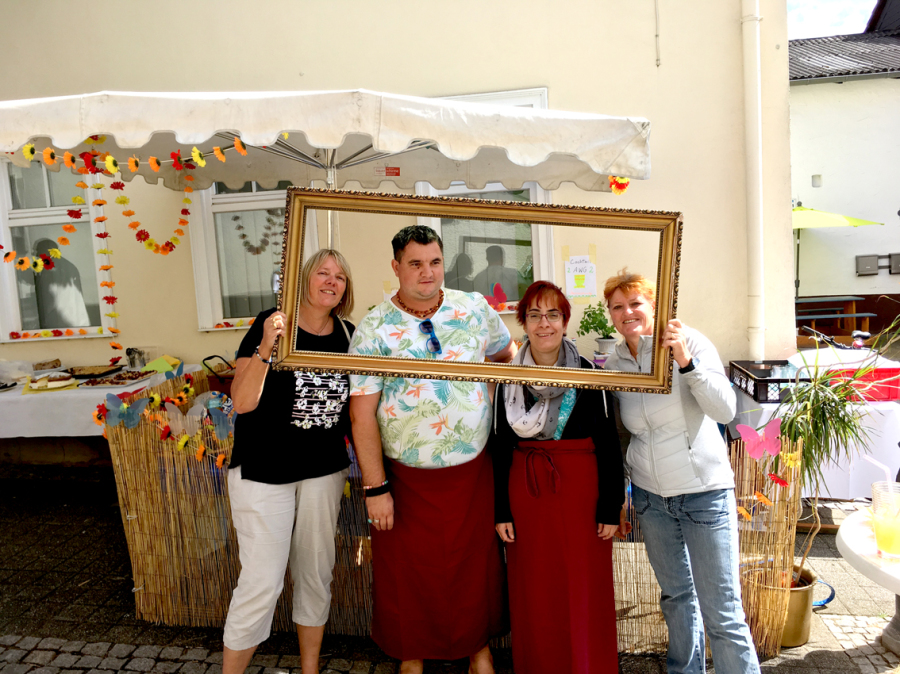 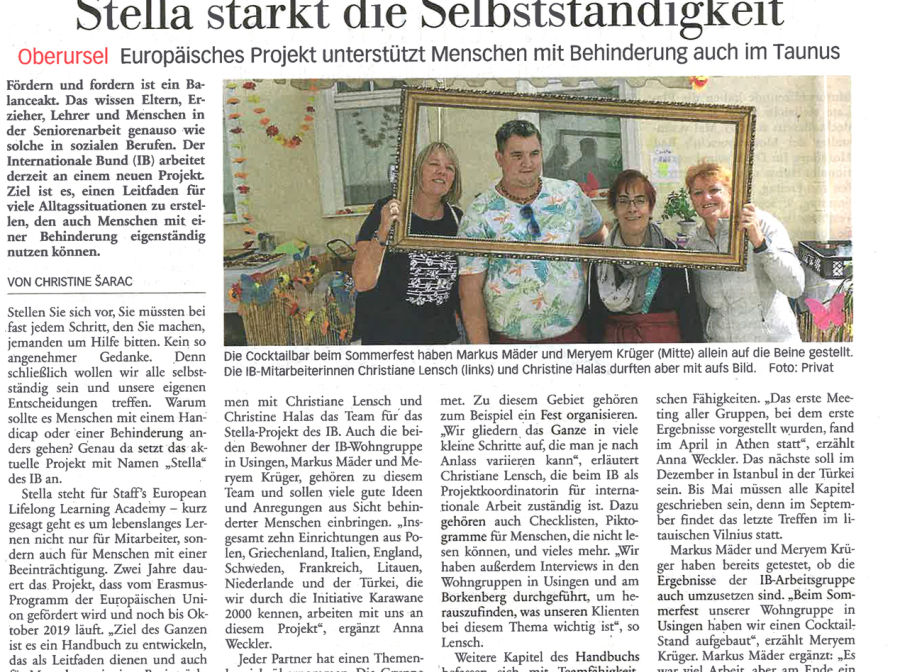 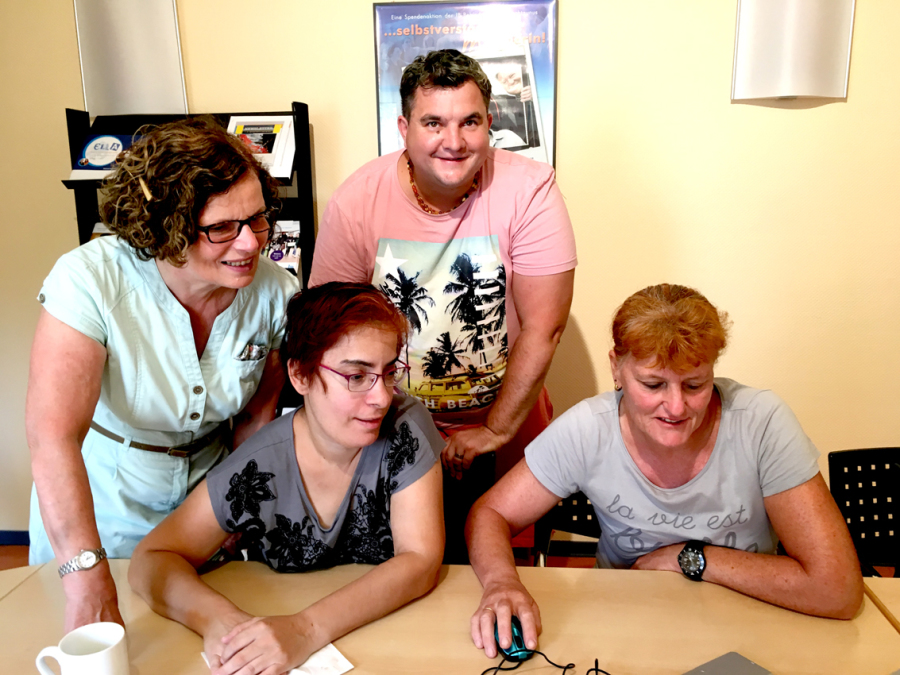 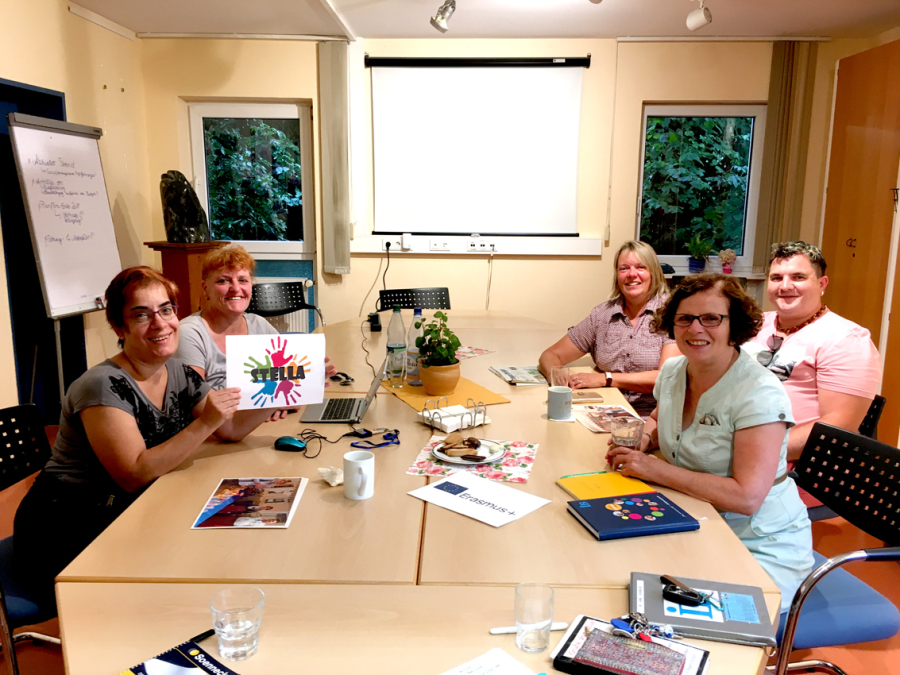 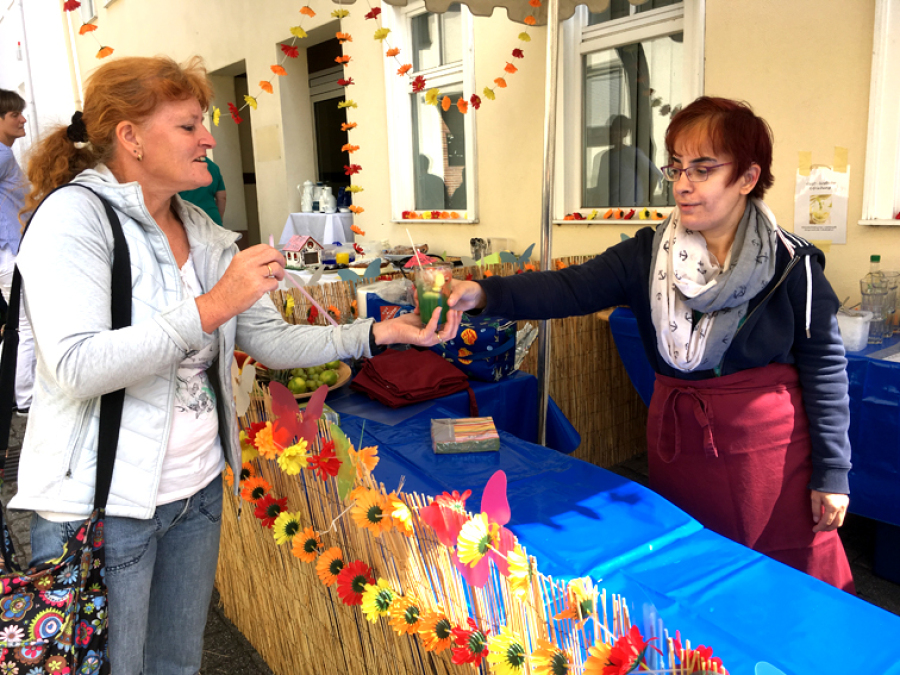 Executive Board meets during transnational meeting in Athens 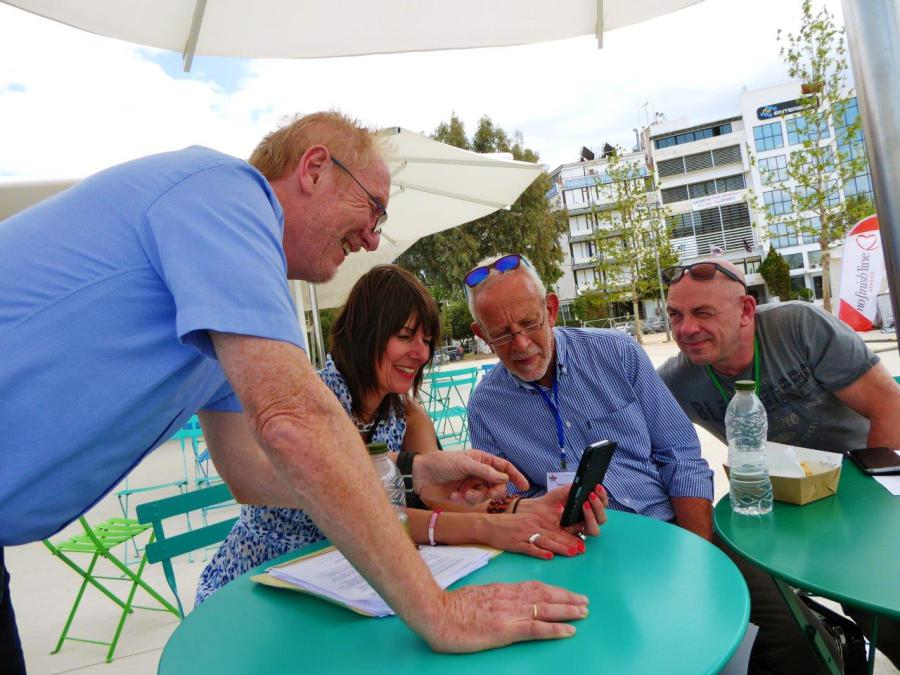 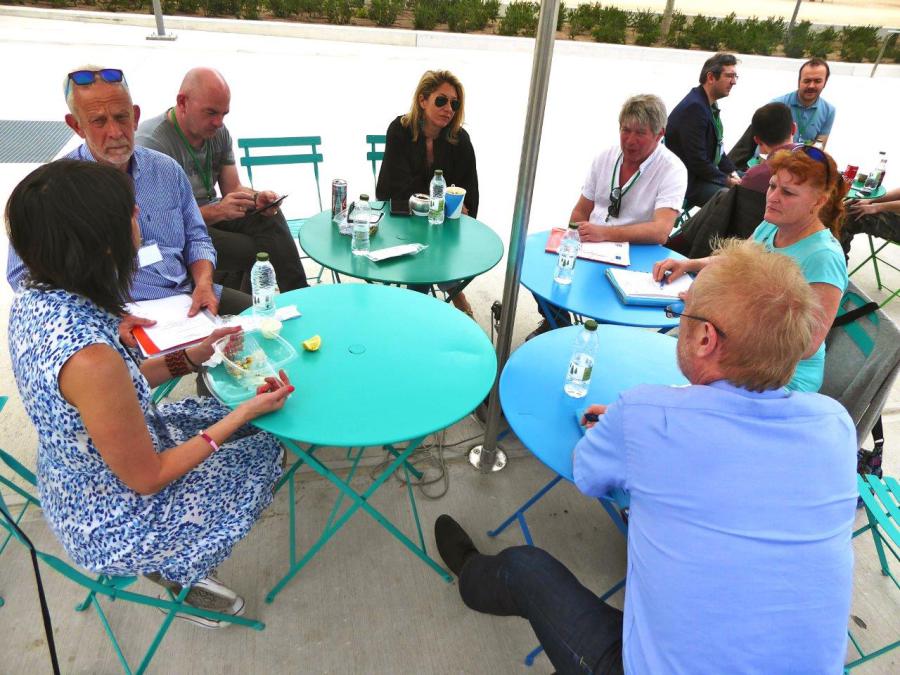 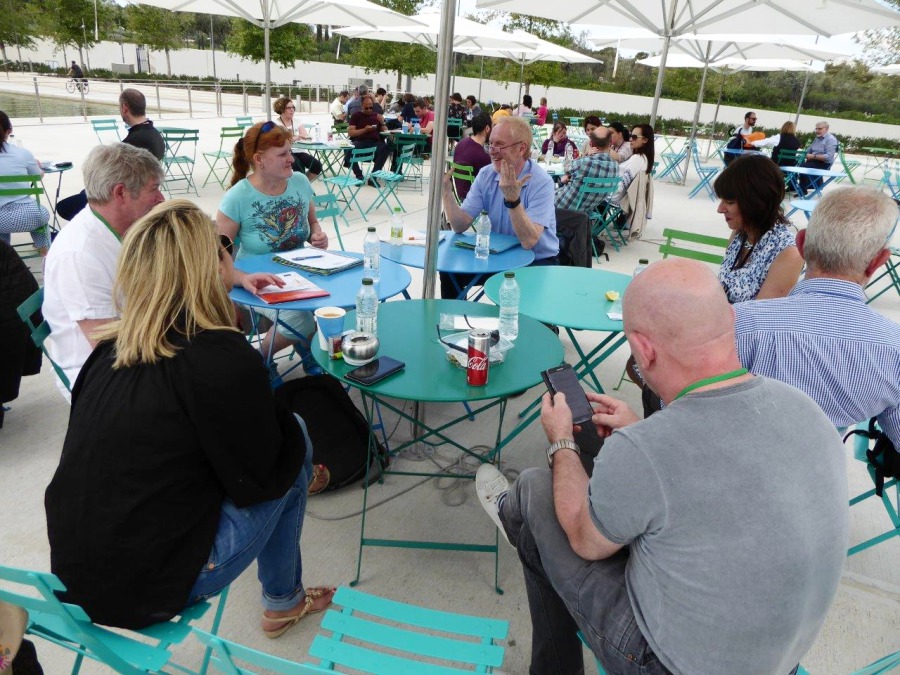 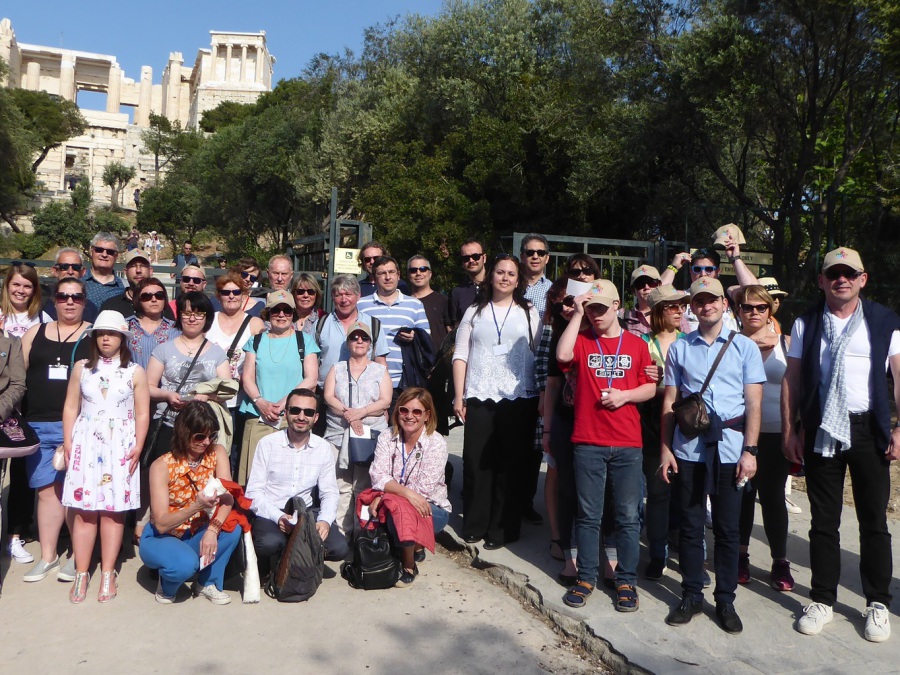 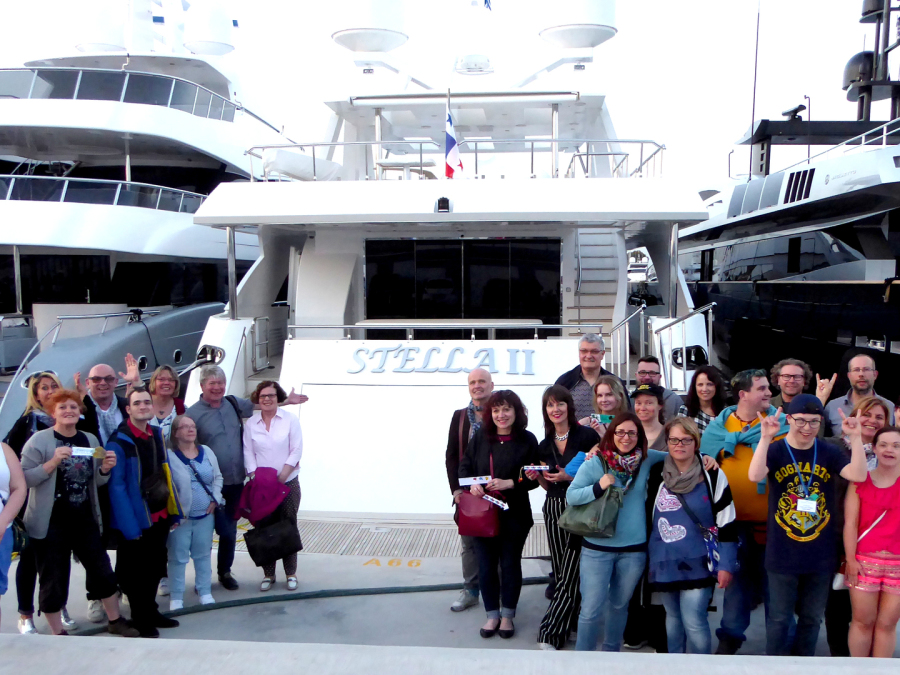 IB-Behindertenhilfe gets EU-Funding for "STELLA" 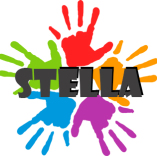 After completing the EU-funded ELLA project with great success, the IB Behindertenhilfe has received further funding from the EU-Programms Erasmus+ for the project STELLA - Staff's European Lifelong Learning Academy

The IB-Behindertenhilfe Südwest in cooperation with their 9 partner organisations from Germany, Poland, Italy, Greece, U.K., Sweden, France, Lithuania, the Netherlands and Turkey will be conducting the sequel project to ELLA - A European Lifelong Learning Academy – An Education Offensive For People With Disabilities which will produce a detailed analysis regarding the needs' of people with disabilties in their priavte and professional lives.

Final product: Handbook for Understanding and Improving the Fundamental Competences of People with Disabilities 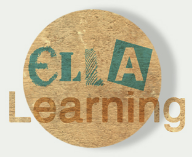 The ELLA Learning website is yet a work in progress but is now available at:

The Final Meeting was the last meeting of the project partner for three days in Gdansk, in which all results came together to a common, durable product ELLA.

Guests invited were representatives of the Lifelong Learning Programme / Grundtvig (Brussels), representatives of adult education centres from Sweden, Austria and Germany as eventual future cooperation partners as well as the board members of Caravan 2000 International in case they did not present one of the working packages. 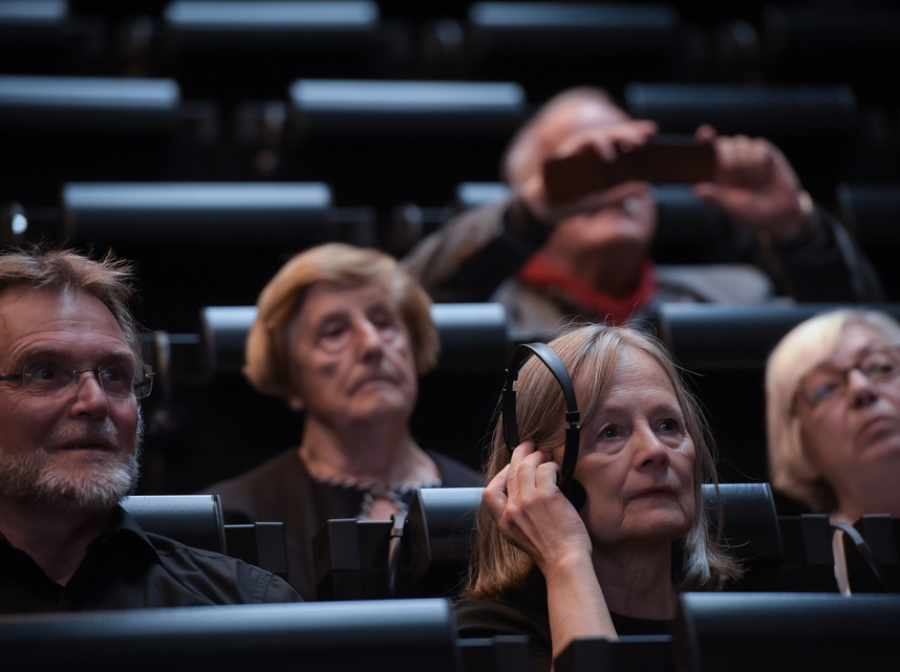 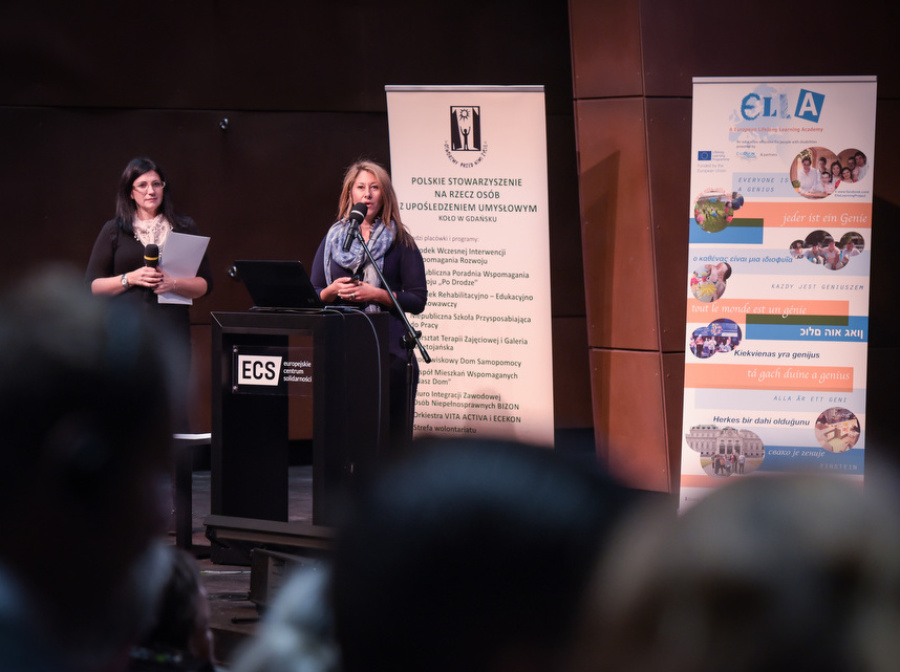 Welcome to our new partners from Latvia!

Caravan 2000 has a new member in Latvia – the Latvian Movement for Independent Living- which is already participating in some projects of IB-Behindertenhilfe. During the ELLA Congress in Vienna in Novembre 2015 our Latvian partner will join the Caravan Federation's General Assambly for the first time.

Welcome to the board, Arnd Kunau!

is joining the executive board of the Karawane 2000, the German sister company of the Caravan 2000 Federation. 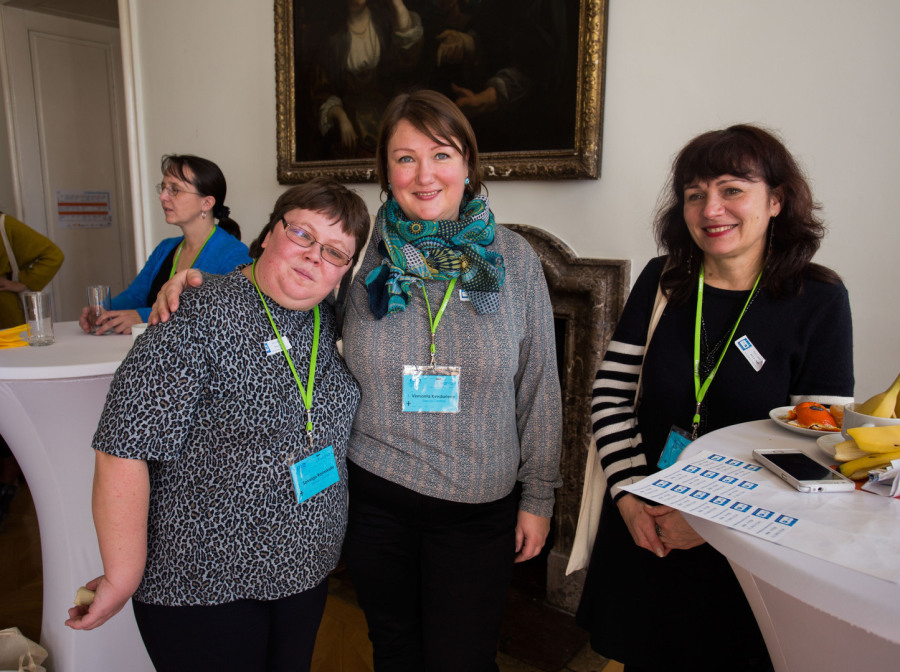 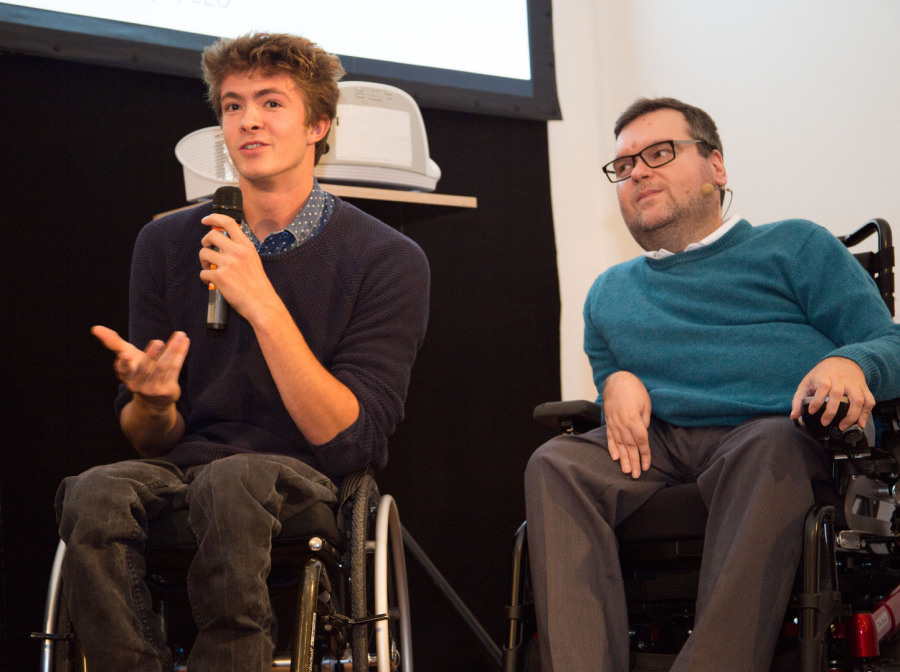 From November 11th – 14th 2015 the big ELLA-Congress took place in the Europe-House/Schloss Miller-Aichholz in Vienna/Austria.

The participants included representatives with and without disabilities as well as the members of the ELLA Advisary-Committee and the project management group with their assistants. The title of the Congress was: „United for Inclusive Education: Moving Beyond Traditional Learning“. For more go to projects | 2015

The Assembly members evaluated the ELLA project and discussed plans for 2016. Regrettably, only a few members participated this year, compared to the year before, when the general assembly was held in the frame of an „Aktion Mensch“ project („Day and Night for Diversity and Understanding“). Because we wish to welcome a big number of members and friends again, we resolved to plan the next general assembly in the frame of an international conference, for which an application will be submitted in the frame of Erasmus+. 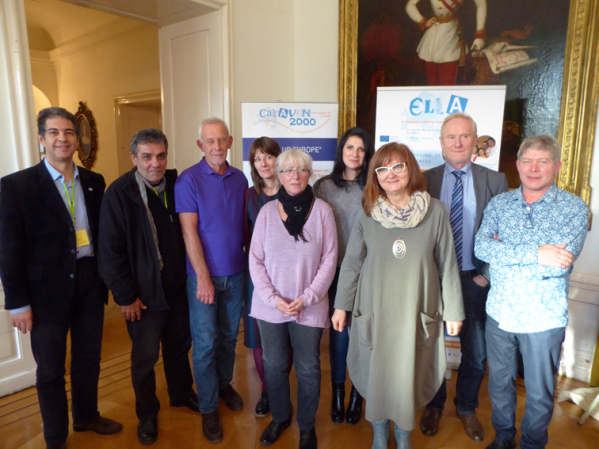 The general assembly of Caravan 2000/international took place in Vienna Nov. 13, 2015. Firstly, the members of the Russian organisation „Theatre Petershed“ presented their work. Their application for membership in the Caravan was unanimously approved by the international board, which met directly after the Assembly. Thus, Caravan 2000 now has members in 16 countries.

Information about Pitershed can be found at: https://vk.com/pitershed.
Another application for membership was submitted by a Spanish organisation, but since they were not present at the Assembly, the decision on its membership was postponed.

IB-Behindertenhilfe gets EU-Funding for „ELLA“ 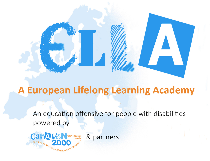 A big success for IB - Behindertenhilfe and Caravan 2000!

IB Behindertenhilfe applied for funding  for the project „ELLA ‐ A European Lifelong Learning Academy – An EducationOffensive For People With Disabilities„ from the LifeLongLearningProgramm Grundtvig in Brussels on behalf of all the members of the "Caravan 2000 Federation" and did so successfully! Only two applications of the 12 that were submitted to the Grundtvig Programm were approved.

It means, that IB Behindertenhilfe, together with its 19 partner organisations will get about 460.000,‐ € from the European Union over a 36 months period. The total cost of the project, including the matching funds that our members will add, amounts to 612.000,‐ €. The start of activities is forseen for November 2013, and the first big event (kick-off-meeting) will be held in November 2013 in the Educational Centre Hadamar/Germany. 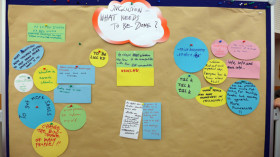 The International Federation and 12 partners from Germany, Ireland, Sweden, Netherlands, Poland, Litauen , Greece and Turkey met from 9 to 13 October 2013 in Bernau at the conference " All Included –idea an Practice of Inclusion for People with Disabilities in Europe" We wanted to figure out the desired and actual state of implementation in each country. Our aim was to inform the participants through the exchange of knowledge and encouraged to recognize and to demand the inclusion of the right to personal, professional and political level.

40 people attended the conference including 16 young people with disabilities and disadvantages as a direct and equal stakeholders and experts. The encounter crowded lectures, reflection, and discussion groups, as well as artistic and cultural events.

There were four presentations on

• Implications of the UN Convention on people with disabilities "Inclusion .What is it and how can we breathe life into this term with practical application?," Lars Lippenmeier Europa-Akademie )

• future challenges of the professional integration ( Do not give up , stick together " Michaela Schreier  Managing IB)

We reflected upon by moderation walls with specifying questions and discussion (Open space) . The participating teams presented the lived practice of participation in their organization and its environment and examples of good practice and insufficient ones. (The World Cafe method). The conference was accompanied with the products of the studio Amos, an art workshop for people with disabilities.

The findings and claims to live in a common society found expression in the " Bernau Declaration 2013 " and jointly created work of art.  We reflected on the questions and found the answers together.

We asked: inclusion - what is it : and found out it is mainly :

- The commonality and equality of all people , togetherness , shared reflection on the reality experienced , peer support .

- The real way to live self-determined and normal to be able to exercise the dream job, pursue new hobbies , make your own day and our own environment according to their own taste .

- The possibility of personal development. - and the willingness to go ahead with a good example to others and to encourage them to hold together and persevere.   We considered also inclusion - which frame is needed: and demanded - The information on the rights and resources - a fair access to live in society (physical and mental)
- Successful communication in emotionally significant environments (family, school).

- Opportunities for active communication of needs and desires on the political , social or personal level

- Create and maintaining the encounter platforms to grow with others at a respectful relationship.

The actual realization through learning in the schools and work in the projects, public housing, common cultural performances.  We asked what skills are needed for this and wished us the possibilities for - acquisition of technical and cultural skills : especially of language skills (English), and the computer skills to get access to the Internet , social networks - promote development in areas of creative expression : writing books or taking professionally photo - development in areas of intercultural and social communication to express themselves adequately and self-conscious. - Training of specific disabilities to overcome own individual weaknesses such as training of voice or body coordination  We communicate during the conference a lot and varied on the topic. We argue, and agreed,  we quarreling with each other and got our points . We approached the matters seriously and systematically, but also playful and creative. It was a good successful time spent together.  What remains after the conference?  We asked finally Inclusion - what conclusions and work orders arise for us all from this? What is there to do?

With this in mind… do not give up!